Delightfully surprised by what proved to be most popular!

Wow – hard to believe it’s 2015. I hope everyone had a joyous and fulfilling holiday season; much of mine was happily spent in the kitchen, feeding really great people. Plus we played games, watched movies and drank wine. It was pretty sweet. As I reflect on the year that was, it occurs to me that one of the most wonderful things about posting recipes you’ve lovingly created is that you just never know what’s going to resonate with people.

For example, I could not possibly have predicted that my Pickled Apple Slices recipe (posted in early December, 2013) would attract attention the world over, resulting in days where the hits numbered in the thousands. Nor did I think my humble Tefteli (Russian meatballs), a dish I created in honour of the 2014 Winter Olympics, held in Sochi, Russia, (posted February, 2014) would be as popular as it continues to be. I was also surprised by how many people were delighted to find a Classic Butter Tart recipe (April, 2014) made without corn syrup.

To toast the beginning of another delicious year, I’ve assembled below a few images of and links for several of the dishes I created during the past twelve months which garnered the most attention. I’ll be making each of these again and again. Happy New Year! 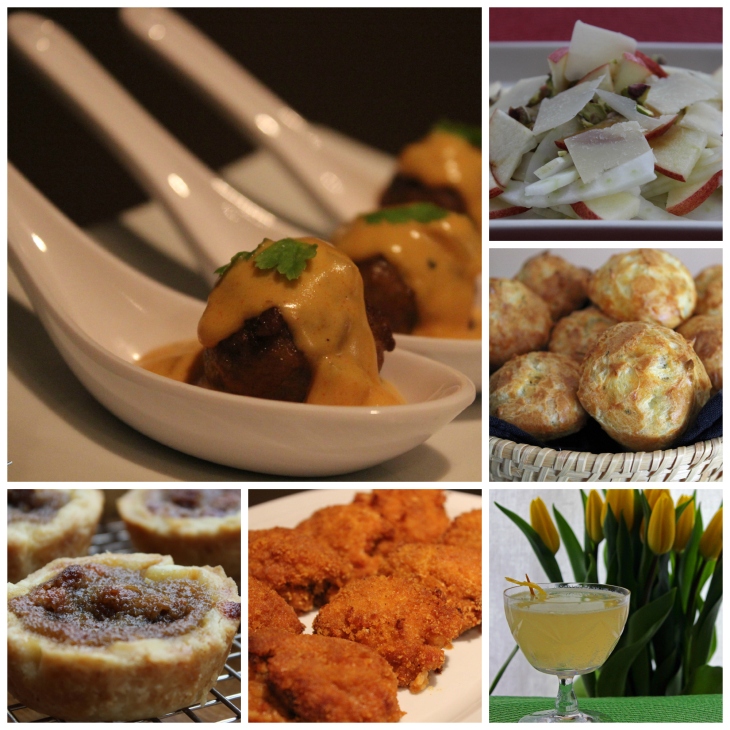 Welcome to my kitchen! I love simple dishes prepared with passion and am always seeking to find new methods to make food as fun and flavourful as possible. If you enjoy this space be sure to check out my Rogers TV Ottawa cooking show, Paula Roy's Favourite Foods, available on local cable, streaming and a dedicated playlist on Rogers TV's YouTube channel. View all posts by Paula Roy