Review: New cookbook helps make the most of the Instant Pot

The runaway success of the Ottawa-invented Instant Pot certainly seems to suggest this kitchen gadget is no flash in the pan (pun intended). Loads of online forums share ideas, recipes, tips and techniques, but I think many people new to this style of cooking will appreciate a more concise, consolidated source. The answers – especially for those who found an Instant Pot under their Christmas tree – have arrived in the form of a great new cookbook called Instant Favourites, published this week by HarperCollins Canada. 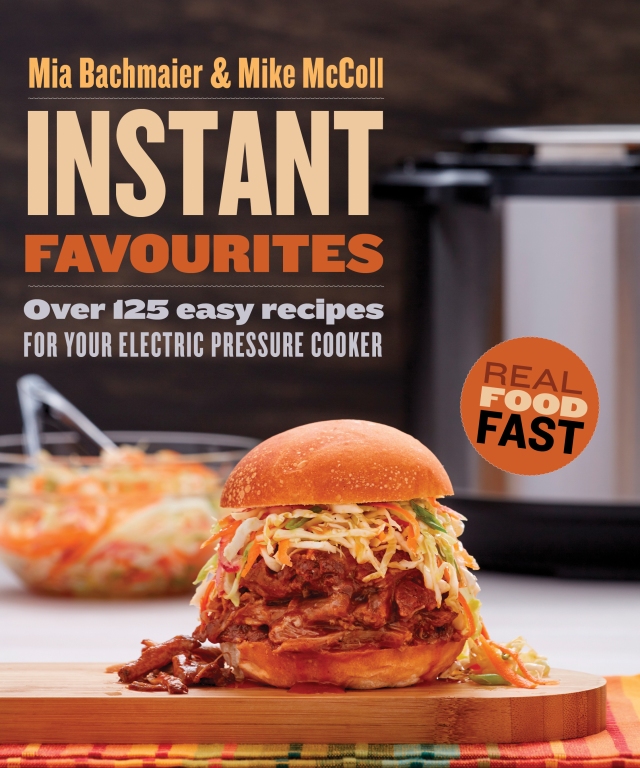 The book contains more than 125 easy, original recipes tested to perfection by the Ontario-based husband and wife team of Mia Bachmaier (a chef, recipe developer and food stylist who has worked on Anna Olson’s highly-acclaimed TV shows Bake and Fresh on the Food Network) and Mike McColl (a chef and food photographer whose wonderful images have appeared in more than 20 cookbooks). With three kids at home, they favour dishes that are healthy, delicious and nutritious or, as they describe it, ‘real food, fast’ – which is what most of us want to serve too, right? Best of all, they’ve opted to exclude  recipes for meals that would work better made another way than in an Instant Pot or electric pressure cooker.

One of the book’s great strengths –aside from its appealing photos and step-by-step recipes – is that it does a really good job of explaining how to get the most out of an electric pressure cooker. An overview on both the machine and optimal ingredient selection precedes the recipes, many of which also include notes regarding ingredient substitutions, serving suggestions and other helpful tips.

I’ve been working with my Instant Pot for over a year, and have years of pressure cooking experience as well. Like Mia and Mike (I feel like we’re on a first name basis now, so well-thumbed already is my review copy of their book), I appreciate the pressure cooker’s ability to save time and energy (both human and hydro) while also delivering great flavour. Despite not being a newbie to the world of pressure cooking, I can confirm I have already learned so much from this book. In the past, I’ve pressure cooked loads of legumes, made gallons of soups and stews, whipped up oodles of risotto and even made pulled pork, but I haven’t ventured into other uses like desserts, breakfast dishes or preserves, but now I’m ready to give these a go. Thanks to Instant Favourites, I’m also eager to dive deeper into the world of manual settings on my Instant Pot. I also feel like I have a better understanding, thanks to Mia and Mike, of why some of my Instant Pot experiments didn’t turn out quite like I expected.

The well-organized book is divided into twelve sections with a nice selection of recipes in each. I’ve tried several already (including the one below) and found them easy to follow and absolutely delicious. If you feel like you’re not getting the most out of your Instant Pot or electric pressure cooker, I suggest you consider letting Mia and Mike give you a kind, helpful shove in the right direction. 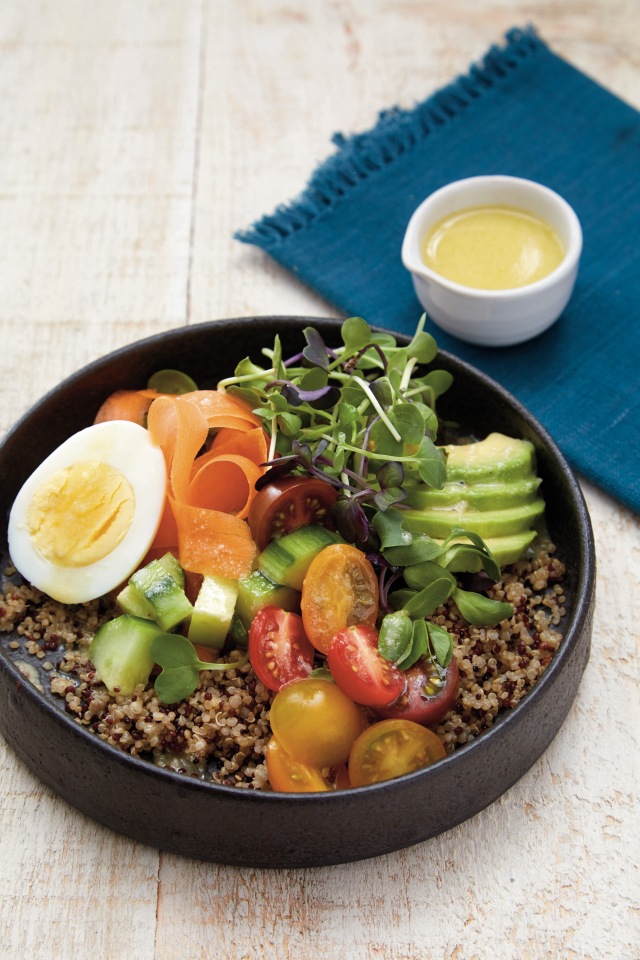 (reprinted by permission of HarperCollins Canada)

Quinoa is a seed, not a grain, and is considered a whole protein because of its abundance of essential amino acids. It’s easy to cook and complements many other foods, like this power salad. If you want to make more quinoa than the recipe calls for, keep the quinoa and water at a 1:1 ratio.

Serves 4 and can be doubled easily.

Welcome to my kitchen! I play with words and with food. I love simple dishes prepared with passion and am always seeking to find new methods to make food as fun and flavourful as possible. I'm also an enthusiastic explorer of faraway lands and cuisines.
View all posts by Paula Roy →
This entry was posted in Cookbooks, Instant Pot, pressure cooker and tagged cookbook for Instant Pot, good cookbook, HarperCollins, how to cook with an Instant Pot, Instant Pot, Mia Bachmaier, Mike McColl, Paula Roy, Pressure cooker cookbook. Bookmark the permalink.

4 Responses to Review: New cookbook helps make the most of the Instant Pot