Paris comes to Ottawa in the form of a new restaurant!

A trip to Paris was long considered a rite of passage, representing a chance to embrace some of the best food and culture in the world. I guess having Paris come to you is the next best thing, right? In this case, Paris comes in the form of The Savoy Brasserie, due to open in Westboro the week of April 22, 2013. 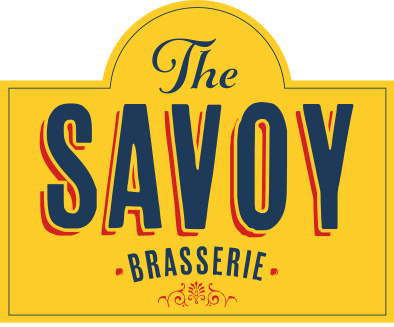 Formerly home to the beloved Newport Restaurant, the space at the corner of Richmond Road and Churchill Avenue has been transformed almost beyond recognition. High, pressed-metal ceilings, huge windows and creamy yellow walls are enhanced by an intricate tiled floor, mirrors and pretty globe pendant lights. A gleaming zinc bar running the length of one wall anchors the room. Seating for about 100 is offered at a mixture of tables, high and low banquettes and booths. It is bright, chic and very welcoming – exactly the atmosphere that co-owner John Borsten says he and partners Gary Thompson and David Mangano were striving to create for their fourth Ottawa establishment.

Forget pub food. This is a true French brasserie, with a carefully developed bistro menu that echoes what has been so successful at sister restaurant The Metropolitain Brasserie downtown. Expect such classic starters as onion soup gratinée, beef tartare, moules et frites and a generous charcuterie platter. Entrées will include a flavourful bouillabaisse, several well-constructed fish dishes, steak frites, coq au vin and more.

“We think a lot of people will enjoy our salads,” adds John, “particularly lunchtime guests.” It will be hard, I think, to choose just one from among the five on offer, including the signature ‘Savoy’ including chick peas, fennel, grapefruit, arugula and feta, and the Nicoise, with tuna, tapenade, fingerling potatoes, green beans and more.

The wine list is a nice blend of old and new world with many selections geared towards the menu. They’re kindly offering over two dozen by the glass and half-carafe, something which makes food and wine pairing a lot more interesting.

The owners are confident the Savoy will quickly become a popular spot in this busy neighbourhood. “It’s going to be cozy and bustling as it’s not too large and quite open so you will likely be running into your friends and neighbours when you visit,” says John. “It’s probably not the ideal place for a quiet, intimate romantic dinner, but it’s definitely going to be perfect for a quick bite or a fun night out.”

John says they are already planning beyond the Savoy’s opening. “We’ll look at adding some specials to the menu and ideally will be opening for breakfast as well. Plus we’d like to incorporate a patio to add another authentic Parisian element.”